PŠgina 233 - That the people have an original right to establish, for their future government, such principles as, in their opinion, shall most conduce to their own happiness, is the basis on which the whole American fabric has been erected.
Aparece en 344 libros desde 1812-2007
PŠgina 233 - Nor does this conclusion by any means suppose a superiority of the judicial to the legislative power. It only supposes that the power of the people is superior to both ; and that where the will of the legislature, declared in its statutes, stands in opposition to that of the people, declared in the Constitution, the judges ought to be governed by the latter rather than the former. They ought to regulate their decisions by the fundamental laws rather than by those which are not fundamental.
Aparece en 310 libros desde 1815-2008
MŠs
PŠgina 233 - The exercise of this original right is a very great exertion; nor can it, nor ought it, to be frequently repeated. The principles, therefore, so established are deemed fundamental. And as the authority from which they proceed is supreme and can seldom act, they are designed to be permanent.
Aparece en 256 libros desde 1812-2006
Menos

Samantha Besson is Professor of Public International Law and European Law at the University of Fribourg, Switzerland. She is currently leading an interdisciplinary research project on the legal and political theory of European integration supported by the Swiss National Science Foundation. Previously, she held a research position at Oxford University and a senior lectureship at the University of Geneva European Institute. Her publications and research interests lie in constitutional and democratic theory with a special emphasis on global justice and post-national institutional design. Josť Luis Mart√≠ is PhD in Political Theory and Associate Professor of Law, Pompeu Fabra University, Barcelona, Spain. He is mainly interested in theories of democracy, republicanism and theories of justice. He has published extensively on deliberative democracy and republicanism. A sample of his work may be found in L. Wintgens (ed.), 'The Theory and Practice of Legislation', published by Ashgate (2005). 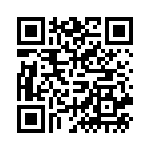