This is a fantastic contemporary look at the mythic and story figure of the trickster. The trickster goes in and out of style as theorists find themselves drawn to his/her liminal nature and what that can mean to the contemporary culture. Landay does a fantastic job of using contemporary artifacts (movies, advertisements, TV characters) to show the change that trickster has evinced while few were looking. As a scholar of this figure I have found Landay's work pivotal and it is central to my own study.

Lori Landay teaches in the Department of English and Journalism at Western Illinois University. 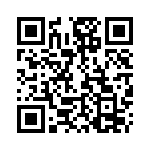