George Herbert, remembered as one of the greatest of the Metaphysical poets, was born on April 3, 1593 in Montgomery, Wales. He attended Trinity College, Cambridge. Herbert was a Fellow of Trinity, a public orator, the canon of Lincoln Cathedral and a rector in Bemerton. Herbert died on March 1, 1633. On his deathbed, he gave a manuscript of verses called The Temple to his friend, Nicolas Ferrar. Although Herbert wanted the manuscript burned, Ferrar had it published. The poems contained in the manuscript exalt God, but Herbert believed he was committing a sin of pride by creating an artistic work.

J.J.M. Tobin, Professor of English at the University of Massachusetts Boston, is a former Woodrow Wilson Fellow and Fulbright Scholar who has taught at Boston College, York University in Toronto and Boston State College. He has edited The Complete English Poems of George Herbert (Penguin Classics, 1992, second edition 2001) and served as the contributing editor on the second edition of The Riverside Shakespeare (1997). He has published a number of notes and articles and a book, Shakespeare's Favorite Novel (1984), dealing with the sources, chronology and texts of Shakespeare, Milton, and other Renaissance writers. He is currently editing Shakespeare's history play King John for the Arden series. 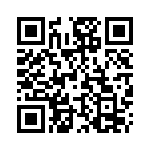