How anticolonial consciousness grew in China, Japan, Iran, Afghanistan, and other Asian/Middle Eastern areas both before and after WWI. Leer comentario completo

A little history is a dangerous thing. One of the reasons I have never liked reading history is that I discovered written history often has pieces that are missing that can change one’s understanding ... Leer comentario completo 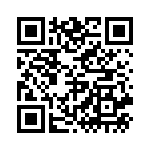