Página 3
The investigators' hypothesis was that those soldiers who were given only a one-
sided argument would distrust a presentation that had failed to include opposing
arguments and would be stimulated to rehearse their own position and to seek ...
Página 4
more effective with better-educated men, no matter what their initial position, and
the one-sided presentation most effective with ... program were more resistant to
the counterpropaganda than those who had heard only the one-sided argument.
Página 155
... "impartial," 25 motivational states, 51 motivational stimulation, 127 need-
information sequence, 12, 50 Negroes, attitudes toward, 57-58, 70-71, 83-84,
133-134 Nixon, Richard M., 69 objective reality, conformity and, 112 one-sided
argument, ... 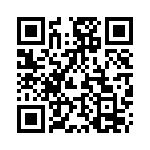