This is an older edition, originally published in 1951. The authors, Iona and Peter Opie, were a couple who compiled what’s probably the most extensive collection of “children’s ephemera” in the world ... Leer comentario completo

Most reference books inspire imitation. This one inspires only admiration. The reason is simple: To create another such reference, particularly one that would improve on the Opies's work, would be ... Leer comentario completo

Iona Margaret Opie was born on October 13, 1923. During World War II, she made meteorological maps in the Women's Auxiliary Air Force. She married Peter Opie in 1943. Together they collected children's rhymes, riddles, and street culture. Their books included I Saw Esau, The Oxford Dictionary of Nursery Rhymes, The Oxford Nursery Rhyme Book, The Lore and Language of Schoolchildren, Children's Games in Street and Playground, and The Classic Fairy Tales. After her husband's death in 1982, she continued the work alone. Her books included The People in the Playground, Tail Feathers from Mother Goose, Here Comes Mother Goose, A Dictionary of Superstitions, and Children's Games with Things. Her son Robert collaborated with her on The Treasures of Childhood. She was made CBE in 1999. She died on October 23, 2017 at the age of 94. 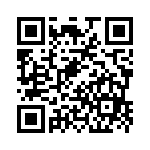