A good introduction to the subject

Being a budding linguist myself when I bought it, I found the information contained within useful, and even now that I've had some courses in the discipline I still get a lot of useful information from it. Leer comentario completo

Mark Aronoff is Professor of Linguistics and Associate Provost at the State University of New York at Stony Brook. He is the author of several books and numerous technical articles on linguistic morphology. Since 1995, he has served as Editor of Language, the journal of the Linguistic Society of America.


Janie Rees-Miller is Chair of the Modern Languages Department and Director of the English as a Second Language Program at Marietta College, Ohio. She has taught English as a second or foreign language for twenty years in the Middle East, England, and the United States. Her research interests include applied linguistics, second language acquisition and pedagogy, and language contact between Native American languages and English. 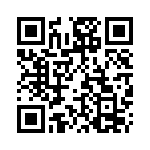