Professor Erman is currently professor of science and engineering at Koc University. He worked in the research group of Prof. P.J. Flory at Stanford University and IBM Research, San Jose, at various intervals between 1976-1985. His scientific collaborations include the Max-Planck Institute fur Polymerforschung in Mainz, and ESPCI, Laboratoire de Physico-Chimie Structurale et Macromoleculaire, Paris. He has been collaborating with Prof. J.E. Mark at Cincinnati University on rubber elasticity since 1987. He has over 200 scientific papers in refereed journals, 2 books and 2 edited books. Burak Erman is a member of the Turkish Academy of Sciences. He served on the Science Board of TUBITAK, editorial board of Computational Polymer Science and Polymer Gels and Networks. He received the 1991 Simavi Science Award, the 1991 TUBITAK Science Award and the 2007 American Chemical Society Whitby Award. His current research interests are focused on the application of the theory of elastomeric networks to predict protein function, and on polymer and protein physics and engineering, both dynamics and statics and experiment and theory, including computer simulations.

Dr. Roland is head of the Polymer Physics Section in the Chemistry Division at the Naval Research Laboratory. After earning his doctorate in chemistry at Pennsylvania State University, he worked as a researcher at The Firestone Tire & Rubber Co. before joining NRL in 1986. He has over 370 peer-reviewed publications and holds 13 patents. Roland has won various awards for his research, including the Sparks-Thomas and Melvin Mooney Awards from the American Chemical Society and the Pure Science Award from the NRL Edison Chapter of Sigma Xi. He has served in editorial and advisory capacities on several journals, including technical editor of Rubber Chemistry & Technology. He is a Fellow of the Institute of Materials, Minerals, and Mining (UK). 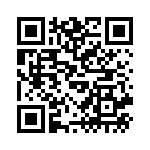