CARY BOUCOCK is Assistant Professor in the Department of Sociology and Anthropology at Concordia University in Québec. 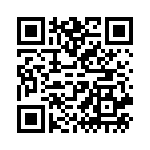