Página 174
This might suggest that at some time earlier , in London , no doubt , when he first
read Berkeley , he understood Berkeley in this way and he immediately went out
into the street and kicked a stone . He muttered at that time , “ Just as I thought ...
Página 179
But this sense of " in the mind , " though it certainly is related to the " in the mind "
of Berkeley's argument , will not help much , either , to understand or to withstand
what Berkeley is saying . Let us take Berkeley as saying something like : I will ...
Página 180
been directly concerned about what happens to the phrase “ in the mind " in
Berkeley's discussion . My point here is that if Johnson , or anyone else , wishes
to understand Berkeley , kicking a stone or raising one's hand won't help , unless
this ... 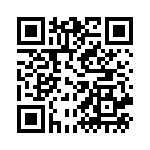