Página 96
on that plaintiff was to be secretary and treas- | Hoge about it , and Hoge replied that the urer of the company , but Kester and Heard claim had been settled , and that Heard's said they could not promise that without stock was clear .
Página 222
isfied , however , that the agreement was , in , obligation that , until it has been fully exsubstance , that , if defendant would buy a ecuted by the latter , no equitable relief to house for plaintiff in Central City , she the latter ...
Página 421
It is further claimed by defendant that the plaintiff's testimony as to how he was it is entitled to a judgment ... conCounsel for the plaintiff , in his opening clusively show that the brakeman , in ejectstatement to the jury , stated ... 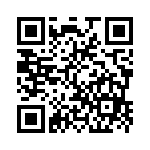