Stuart Feder, M.D., is a practicing psychoanalyst and a faculty member of the New York Psychoanalytic Institute. He holds an advanced degree in music from Harvard University. 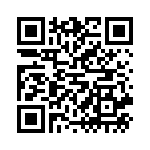