This book is a wonderful collection of children poetry that has a Noah's ark based theme. The poems are fun and use their form to entice children. They are light and clever poems accompanied by ... Leer comentario completo

Lynn Munsinger was born December 24, 1951 in Greenfield, Massachusetts. She attended Tufts University and graduated in 1974. The following year she enrolled at the Rhode Island School of Design, majoring in illustration. She received her degree in 1977 and continued her studies in London. She has illustrated more than a dozen popular books for Houghton Mifflin Company. Since 1978, she has illustrated over 70 children's books for over 25 different authors, but is best well known for her partnership with Helen Lester. Munsinger and Lester have been together since first publishing The Wizard, the Fairy, and the Magic Chicken in 1983 with Houghton Mifflin Company and Walter Lorraine, their editor. They have collaborated on the Tacky the Penguin series and many other popular titles including the award-winning Hooway for Wodney Wat. Lynn Munsinger is a full-time illustrator. 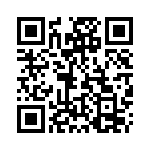