Born in Dorfchemnitz, Saxony, the son of a Lutheran pastor, Samuel Pufendorf was educated at Leipzig and Jena. At Jena he first read Grotius and Hobbes, and studied under Erhard Weigel. In 1658 he became a tutor in the household of the Swedish ambassador to Denmark; when war erupted between these two countries, he was imprisoned for eight months. It was during this time that Pufendorf wrote his first work in philosophy of law, the brief Universal Elements of Jurisprudence (1660). Subsequently he taught jurisprudence at the University of Heidelberg and the University of Lund (in Sweden); from 1688 onward he lived in Berlin as court historian to the Duke of Brandenburg. Pufendorf produced historical writings, such as his 1667 account of the Holy Roman Empire, as well as treatises on moral and legal philosophy. His greatest work was the On the Law of Nature and Nations (1672). Although Pufendorf is often described (accurately enough) as a natural rights theorist and also as the thinker who first introduced the ideas of Grotius and Hobbes into Germany, his true originality consisted in his view that a society's law and morality are a function of its culture considered as a determinate and living whole. He may thus be regarded as the inventor of the sociological approach to law. As a historian, he anticipated many of the views of nineteenth-century historicism.

James Tully is Distinguished Professor of Political Science at the University of Victoria, Canada. He is one of the most distinguished political philosophers in the world.

Michael Silverthorne is Honorary University Fellow, Department of Classics, University of Exeter. He is co-editor with Lisa Jardine of Francis Bacon: The New Organon (2000). 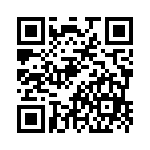