Página 1
... the centurion saw what was orified God, saying, Certainly this was a righteous
man. 48 And all the people ding the thingswhich were done smote their breasts
and returned. 49 And all his acquaintance, and the women that followed him from
...
Página 8
And the two disciples heard him speak, and they followed JeSul.S. 38 Then
Jesus turned, and saw them following, and saith unto them, what seek, yet . They
said unto him, Rabbi, (which is to say, being interpreted, ... Master.) where 8
dwellest ...
Página 7
30 What shall we say then 2 that * the Gentiles, which followed not after
righteousness, have attained to righteousness, even t e . ||righteousness o which
is of faith. - 31. But Israel, which P followed after the law of righteousness, ... 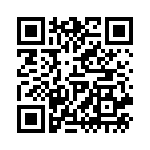