Página 87
127 Improvements were slow because of a shortage of science graduates able to
teach , as well as strong social prejudice against science ( less able pupils , for
example , were generally encouraged to study science ) . The middle and upper
...
Página 143
Hence , the more common forms , in the race for life , will tend to beat and
supplant the less common forms , for these will be more slowly modified and
improved ( 144 – 5 ) . Thus , where there are a limited number of modifications ,
there is ...
Página 179
In real life , tranters were more conformist , less outspoken and less critical of
society than cobblers , and this is reflected in Hardy ' s portrayal of Dewy and Mr
Penny , although it will be seen that the latter does not conform in all respects to
the ...

under the green wood tree summery 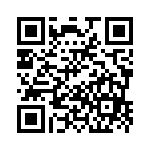