Ingemar Bengtsson is a professor of physics at Stockholms Universitet. After gaining a Ph.D. in Theoretical Physics from the Göteborgs universitet (1984), he held post-doctoral positions at CERN, Geneva, and the Imperial College of Science, Technology and Medicine, University of London. He returned to Göteborg in 1988 as a research assistant at Chalmers tekniska högskola, before taking up a position as Lecturer in Physics at Stockholms Universitet in 1993. He was appointed Professor of Physics in 2000. Professor Bengtsson is a member of the Swedish Physical Society and a former board member of its Divisions for Particle Physics and for Gravitation. His research interests are related to geometry, in the forms of classical general relativity and quantum theory.

Karol Życzkowski is a professor at the Institute of Physics, Uniwersytet Jagiellonski, Kraków, Poland, and also at the Center for Theoretical Physics, Polska Akademia Nauk, Warsaw. He gained his Ph.D. and habilitation in theoretical physics at Uniwersytet Jagiellonski, and has followed this with a Humboldt Fellowship in Essen, a Fulbright Fellowship at the University of Maryland, College Park, and a visiting research position at the Perimeter Institute for Theoretical Physics, Ontario. He has been docent at the Academy of Sciences since 1999 and full professor at Uniwersytet Jagiellonski since 2004. Professor Życzkowski is a member of the Polish Physical Society and Academia Europaea. He works on quantum information, dynamical systems and chaos, quantum and statistical physics, applied mathematics, and theory of voting. 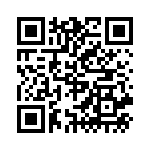