The big show in Bololand: the American relief expedition to Soviet Russia in the famine of 1921

The big show in Bololand: the American relief expedition to Soviet Russia in the famine of 1921

Bert Patenaude is a historian, lecturer, and documentary filmmaker who specializes in Russian affairs. He is presently a lecturer in the History Department at Stanford University and a Research Fellow at the Hoover Institution, and he is the principal writer of "Utopia Revealed," a forthcoming five-part series for PBS on the history of socialism. Patenaude is the editor of several books on Russian studies, including The Russian Revolution and Stalin and Stalinism. His film credits include associate producer of the Emmy Award-winning PBS film "Inside the USSR," the Frontline documentary "A Journey to Russia," and "Stalin's Ghost," an NBC News Special Report. He was educated at Boston College and the University of Vienna, and received his PhD in history from Stanford in 1987. 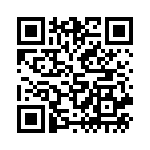