Página
At that point a cartel of global media giants—Time Warner, Disney, News Corp,
Sony, Viacom, and GE—owned all six of the major film studios, all four of the U.S.
broadcast TV networks, and the vast majority of the top cable networks, along ...
Página
The average domestic box-office gross per release for the six major studios was
$52.5 million, although averages mean relatively little in a sector that relies so
heavily on “tentpole” hits—i.e., the top two or three runaway hits that generate
most ...
Página
Prospects improved even more on Oscar night in late February, when the voting
members of the Academy displayed a pronounced bias against the major studios
and in favor of the conglomerate-owned indies. “The Oscars have become the ...
Página
The only 2007 studio release to receive significant Oscar attention was Warner
Bros.' Michael Clayton (with seven nominations and one win), although it was
scarcely a major studio film. Independently financed and produced, Michael
Clayton ...
Página
Alcanzaste el límite de visualización de este libro.

Warren Buckland is Senior Lecturer in Film Studies at Oxford Brookes University. His authored and edited books include Puzzle Films, Directed by Steven Spielberg, Studying Contemporary American Film (with Thomas Elsaesser), and The Cognitive Semiotics of Film. He also edits the New Review of Film and Television Studies. 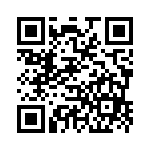