Página 125
From that congress up to the twenty - third congress , Illinois had but one representative in that body . At the opening of the twenty - third congress , Illinois had three representatives . Stephen A. Douglas of Quincy , Adams county ...
Página 313
CONGRESS HALL THE BATTLE OF THE WOODEN SWORDI OR , THE MODERN PUGILISTS A NEW SONG IN TWO PARTS An hundred men with each a pen , Or more , upon my word , sir , It is most true , would be too few , Their valour to record , sir .
Página 314
CONGRESS HALL CONGRESS HALL CONGRESS HALL THE USEFULNESS AND EXPEDIENCE OF SOULDIERS. Some members rose , for fear that blows Would speedy follow after , Some seem'd confus'd , some rail'd , abus'd , And some burst out in laughter . 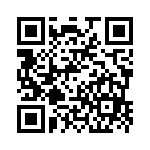