John Llewellyn is formerly Reader in Philosophy at Edinburgh University. hew is the author of the acclaimed Emmanuel Levinas: The Genealogy of Ethics, also published by Routledge. 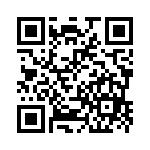