H. P. Lovecraft (1890-1937) was an American author of horror, fantasy, and science fiction, known as 'weird fiction'. He published primarily in the pulp magazine Weird Tales and attracted a cult following. He wrote in the Gothic tradition, creating a profound sense of dread, and of contact with unknown spheres and powers. He created the Cthulhu Mythos, a series of interconnected fictions featuring creatures from human prehistory, and the Necronomicon, a fictional textbook of magical rites and forbidden lore. He has influenced writers such as Robert Bloch and Stephen King, and film-makers such as David Lynch. Roger Luckhurst is the author of The Invention of Telepathy (OUP, 2002), Science Fiction (Polity Press, 2005), The Trauma Question (Routledge, 2008), and The Mummy's Curse: The True History of a Dark Fantasy (OUP, 2012). He is an expert on science fiction and Gothic literature, publishing widely and broadcasting regularly on these topics. For Oxford World's Classics he has edited Late Victorian Gothic Tales, Stevenson's Strange Case of Dr Jekyll and Mr Hyde, James's Portrait of a Lady, and Stoker's Dracula. 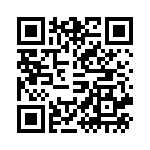