EMORY M. THOMAS , is a professor of History at the University of Georgia and the author of Robert E. Lee, The Confederate Nation, 1861-1865 , and The Confederate State of Richmond . 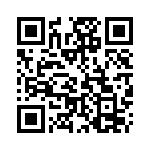