Helen Sword is a Lecturer at the University of Auckland and the author of Engendering Inspiration: Visionary Strategies in Rilke, Lawrence, and H.D. 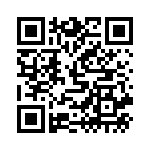