John Severn is Associate Professor of History and Associate Provost at the University of Alabama in Huntsville. 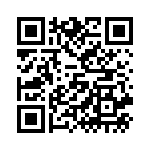